VIDEO: How I Escaped From Human Traffickers 18-Year-Old-Girl Narrate (Video) 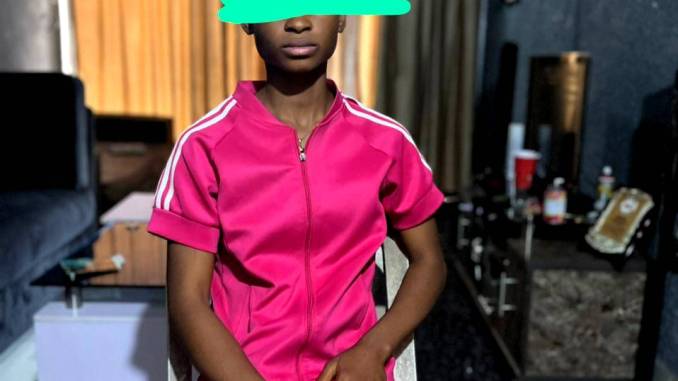 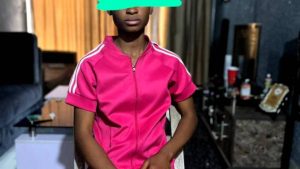 Favour, in an interview with VANGUARD, said she fled when she suspected that the woman, Loveth Omokuma was not actually what her mother described her to be when she came to convince her mother in Ore, Ondo State, that her daughter needed a young girl that she could take abroad.

She explained that, when she was staying with her mom at Ore, a woman from the same community came to meet her mom and told her that one of her daughters who is staying abroad needs someone that will come and be staying with her, and she will be paying such person monthly, her mom obliged without seeking her consent. The next day, the woman came to meet her mum again and told her they are leaving the next day, and they are going to Lagos in other to start preparing for the visa and should get my luggage ready for the next day, for her son will come to pick her up at Ugboge.

She said, “Ugboge is a place at ore, and the son is a driver, so after everything I prepared, and I went to Ugboge, as instructed, the son came and picked me up while I was in a shelter waiting. but what the woman earlier told my mom that we are coming to Lagos, but where we went to wasn’t Lagos, the son took me to another place precisely, Ibadan, she said.

So when we got to Ibadan, we parked, the supposed son instructed me to call the lady that will come and pick me up at the park and I told him, that his mom said he will be the one to take me to his sister’s house, the man immediately declined that he does not know the woman, it was just through a connection he knew the woman, and she only told him that he should pick a girl at Ugboge to Ibadan, and that was his agreement with her.

“After argument, the man gave me his number should in case there is a problem I should call him. The driver called the lady I was to meet and told her that we are at the park, so the lady came and paid the driver the money for transport, so on our way to her house, she said that my bag is too much, and I’m supposed to carry one or two clothes, that when one is going to America, you just need small clothes, you don’t need to carry many bags and that once I get to America, clothes are not going to be my problem, she further said that some of my bags will be dropped.

On getting to her house, I was very tired because of the stress, she called the person I am going to stay with in America on a video call, and the person talked to me and said she likes me already. The lady asked me if I have already been told everything I’m coming there to do, and I replied yes.

“But the background the lady was calling from wasn’t looking like America and the lady was shabbily dressed, and she was looking like someone irresponsible because of her piercing, that was when I started suspecting something was not right, because when we got there, I saw some men that came downstairs, and were all tattooed, so after the video call with the lady, the lady said that it’s too late for me to come that day, that the next day, between 10 am, she should put me in the bus, just as she was talking to the lady, that it is a two days journey, so I said no problem, so when she said it two days journey, that her daughter took bus to America, then from there I started suspecting that something fishy is going on, because I know that they do not use to take bus to America, so the other lady started calling her and told her that if it is possible for me to come that day, so the lady said that it’s not possible for me to come and it is late already, that tomorrow morning they will put me in the bus, so I’ll start coming.

I was very scared because I know something fishy is going on, so I began to calculate my move, the next thing I saw was a man that came to the lady’s house to buy something, what he bought was ‘weed’ commonly known as Igbo, but he was actually hiding it, so after the guy bought the weed, the lady was still discussing with the woman on how I’ll come there. I now told the lady that I want to go and get something, so the lady said no problem, and sent one of her daughters to accompany me.

“When we got to the place where I wanted to buy, I stylishly told the daughter that she should go home and tell her mom that I want to get roasted plantain and yam but we could not see, immediately the girl left, I took Keke and I told the motorcyclist that he should take me to Lagos park. I entered Lagos bus and dropped at Ikotun- Egbe, when I got to Ikotun I took the driver’s phone to call my friend, Dickson, and I explained what happened, and he harboured me till this moment that I’m speaking with you”, she said.

I have not called my mum or my siblings because if I should tell them, they won’t believe me. We are eight in number and I am the fourth child. I lost my dad at a very tender age” she said.

Efforts to reach her elder sister, Precious Joseph via a phone call, were positive as she confirmed that she has been in search of Favour Joseph and had threatened the lady involved to provide the whereabouts of her sister.