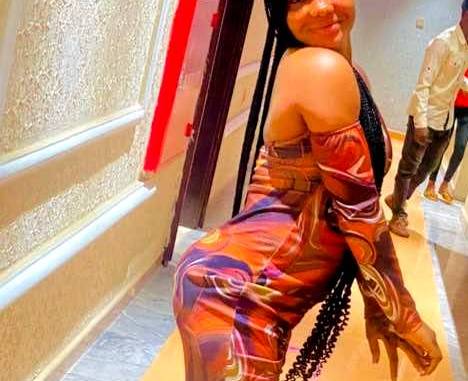 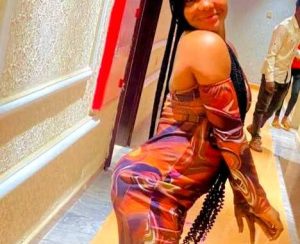 A lady in her 20s identified as Ugochi Nworie was on Saturday night allegedly murdered in a popular hotel (names withheld) along the Enugu-Abakaliki expressway.

While a report on the case revealed that the victim was ganged raped, another report has it that the incident was a case of ritual killing in Ebonyi.

The victim, who is an indigene of Ikwo Local Government Area of Ebonyi State, was said to have encountered some “strange” men at the hotel, after a party that lasted into the night.

Vanguard gathered that the men who came to the hotel with a saloon car christened “Colonel”, negotiated to give the victim N50,000 to enable one of them to spend the night with her, which she eventually agreed to.

It was gathered that the victim’s lifeless body was later discovered in the hotel on Sunday afternoon after her female friends reported a case of a missing person to the Police.

Sources close to the victim alleged that late Ugochi’s vital organs, including eyes, and breasts, among others, were missing when her body was deposited at a Mortuary in Abakaliki

Another source said the victim was found dead on Monday, May 2, 2022, a day after she arrived at the hotel located at G-Hostel Junction, Abakaliki, the state capital, with some men.

An eyewitness claimed she was found with her two hands and legs tied, her eyes blindfolded and her private part allegedly cut off.

Speaking during a press conference on Wednesday in Abakaliki, the Police Public Relations Officer in the state, Loveth Odah, said investigations are on to uncover the circumstances that led to the untimely death of the young lady.

She assured the general public that the command will carry out a thorough investigation to get to the root of the matter, apprehend the culprits and bring them to book.

A report on the alleged murder of Ugochi Nworie alleged that she was gang-raped to death in a popular hotel in Abakaliki, Ebonyi State.

Sources familiar with the incident explained that the lady was, however, found dead in the hotel room after the door was forcefully opened in the daytime as her legs, hands and mouth were found tied up.

Meanwhile, used condoms suggestive of gang rape were recovered from the scene.

One of the female friends of late Ugochi who pleaded anonymity said: “After we partied in the hotel with Ugochi, we decided to go home but Ugochi decided to stay back because some men priced her N50,000 to spend the night with her.

“They priced me N100,000 but I refused because I don’t know them. I lied to them that my boyfriend was in town and so, I will not be able to spend the night outside my home.

“We warned Ugochi not to follow them but she refused because of the money. So, we left her behind and went home. When we didn’t see her the next day, we went to the police and reported the matter.

“We heard the men tell someone that they are from Ghana. We don’t know whether it is true or not. One of the vehicles they came with to the hotel had “Colonel” written where plate numbers are placed

“Ugochi killed herself. Assuming she had listened to us, she wouldn’t have died. This is too bad and painful.”

investigations are on to unravel the circumstances behind her death – Police

Shubomi Causes Reactions With New Sultry Photos Of Herself