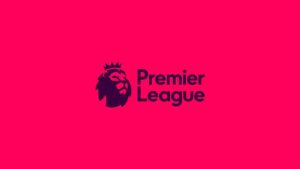 The list of managers was announced on the official website of the Premier League on Friday, May 13th, 2022. Manchester City’s Pep Guardiola was part of the managers on the list for the best of the season. The Spaniard is en route to winning his fourth Premier League title in the past five seasons, the Cityzens are three points and seven goals ahead of Liverpool with two games to go.

Brentford’s Thomas Frank is also on the list, he was nominated for his amazing performance with the Bees in the Premier League, and he led the team to 13th place on the league table. Newcastle United, Eddie Howe, helped the Magpies survive relegation, they had only five points when he took over in November but he has since led them up to 14th with 43 points, including a nine-match unbeaten run.

Liverpool’s Jurgen Klopp is also nominated for award for the best manager, the Reds are just three points behind Man City having scored 89 goals and conceded only 24, they have lost fewer matches than anyone else.

Crystal Palace’s Patrick Vieira is also on the list, the French man is in his debut season, and the Eagles might finish in the top half of the league at the end of the season.