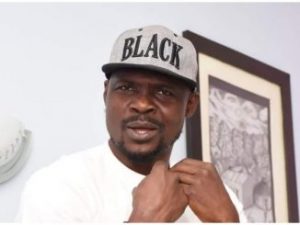 Because of his celebrity status, the news caught like wild fire and has been ‘trending’ for weeks. But, some have also expressed worry that the actor’s celebrity status could affect the case and help him walk free.

However, an entertainment and intellectual property lawyer, Femi Njoku, has said that Ijesha’s celebrity status would have no bearing on the case.

He told Sunday Scoop, “The case is a very serious one. Bail cannot just be given to anybody. There are certain grounds for bail. If he asks the court for bail based on those grounds, then they can grant it to him. But if the court feels he may escape or try to beat the law, they may decide to hold him down.

“As regards his celebrity status, it is not supposed to affect his case. However, this is Nigeria, and a lot of factors come in to play. Beyond what happens in court, there are many factors that come into play. We are in a country where a particular Senator was seen assaulting a lady, yet he is still a member of the National Assembly. That shows our level of seriousness as a country.”

Reacting to a rumour making the rounds that the minor’s guardian and comedienne, Adekola Adekanya, aka Princess, and Baba Ijesha, were in a romantic relationship and was only trying to set up the actor, Njoku said, “She is not a party to the case. It is between him (Baba Ijesha) and the state. It is a criminal case, so it is between him and the state. Any criminal matter is between the defendant and the state, so it has no bearing with and won’t tamper with the case.

Baba Ijesha has already spent over three weeks in custody and would have been charged to court but for the industrial action by judiciary workers under the aegis of the Judiciary Staff Union of Nigeria.