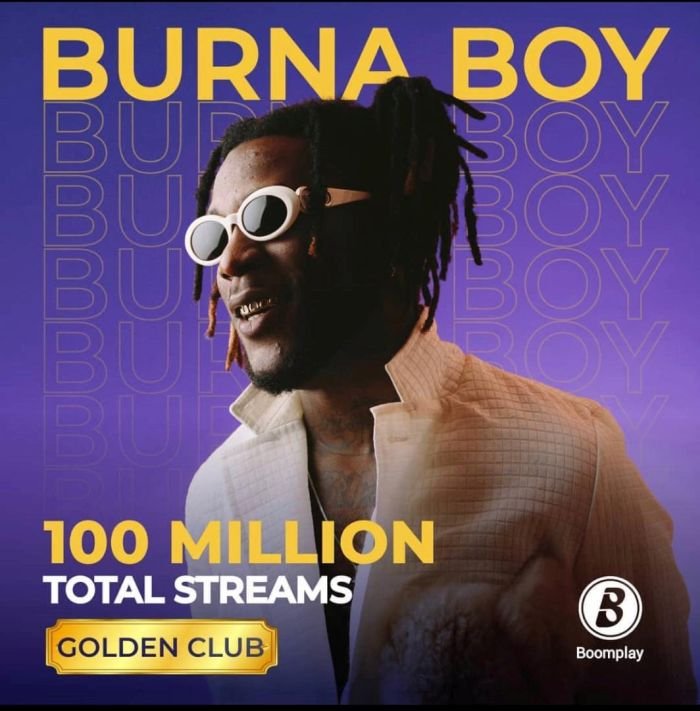 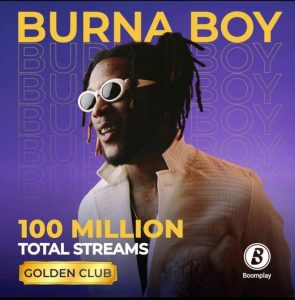 The Burnaboy Era continues as he asserts his dominance in the Nigerian music industry by making history to be the first-ever artiste to amass 100 MILLION! Streams on Africa’s Number one music streaming platform, Boomplay.

This milestone is coming shortly after making history as the first homegrown Nigerian artiste to win a Grammy solely for his work in the Best World Album category.

It’s almost a decade since the self-acclaimed ‘African Giant’ launched into the music scene and ever since been dropping hits back to back. Here is a brief summary of his musical journey.

Born Damini Ogulu in Port Harcourt, Nigeria. He completed his primary and secondary education in Nigeria before moving to the UK for university. Two years after he left, the ambitious singer dropped out and returned to Nigeria to pursue his musical dreams.

In 2013, Burna released his first studio album, Life an acronym for “Leaving an Impact For Eternity” under Aristokrat record. The 20 tracked album boasts of hit songs like, Tonight, Run My Race, Abeg Abeg, Yawa Dey and Like to party which brought him to stardom in 2012.

Following the success of his debut album, Burna dropped his second and third music projects, Redemption in 2015 and outside in 2018 that included hit songs like Ye, Sekkle Down, Heavens gate and Devil in California.

Before the arrival of ‘The African Giant’ and ‘Twice as Tall’ which both got back-to-back nominations from Grammy for the Best World Album category.

‘African Giant’ released in 2019 which got him his first Grammy Nomination and an honorable mention from former US president Barack Obama as one of his favorite songs in 2019. African Giant currently holds a record of 29 Million streams on Boomplay.

Then the Grammy winning album ‘Twice as Tall’ became an instant hit and Recorded 1MILLION streams within 24hrs of its release on Boomplay. Almost 8 months after it’s release, his fifth studio album, ‘Twice as Tall’ has amassed Over 45 Million streams on Boomplay making it the most streamed album on Boomplay Music.

Now Burna Boy becomes the most-streamed artiste in the history of Boomplay having Fireboy and Olamide trailing behind him. Burna Boy has indeed proven himself beyond reasonable doubts that he is set for greatness.

Having achieved this milestone, expectations from his teeming fans would certainly increase and we trust Burna Boy to always deliver when necessary.