Do You Agree?? ‘There’s No Better Successor For Buhari Than Tinubu’ – Senator Adeyeye 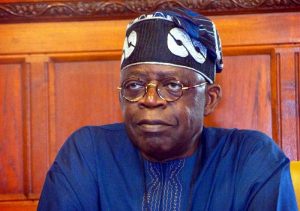 Adeyeye made this declaration after his group members paid a courtesy visit to Akarigbo and ruler of the Remoland, Oba Babatunde Ajayi, in his palace.

“Tinubu is the right product that doesn’t need any advertisement, and he has contributed greatly to the growth and development of the nation. He is a consummate democrat and progressive.

“We have three geo-political zones in the South, and all of them have the right to contest for the presidency. South West is interested in contesting for the presidency in 2023. The person who can help us win this ticket is Asiwaju Bola Tinubu.

“He has done a lot for Nigerians irrespective of religion and tribe. He has built bridges across the country.

“We gathered together to start campaigning for him. If we can hold our house together, we will have the presidency back in the southwest,” Adeyeye said.

The group was inaugurated in Oyo and Osun States while the Ogun State chapter’s inauguration is scheduled to hold on Tuesday, Adeyeye reveals.

Another courtesy visit was paid to former Governor of the state, Gbenga Daniels.