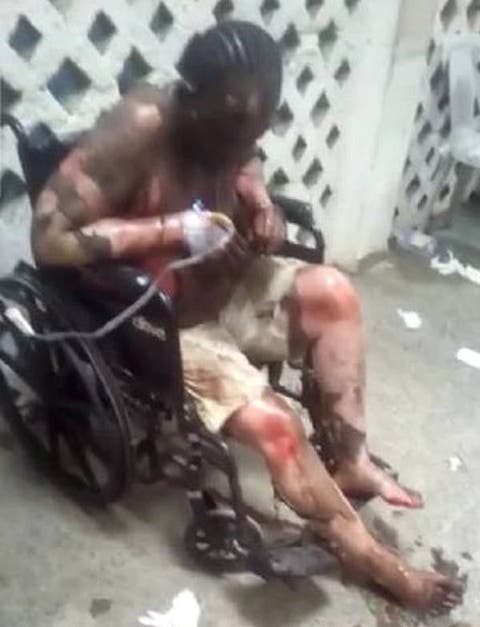 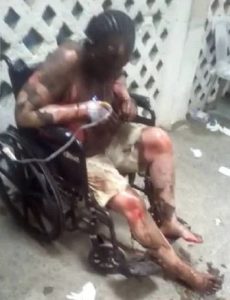 A woman identified simply as Imole, allegedly set an apartment in Idimu area of Lagos, occupied by her sister and members of her family on fire, over an argument over her share of their late father’s four rooms apartment.

Doctors at Alimosho General Hospital were still battling to save the lives of the victims, weekend.

Information at Vanguard’s disposal had it that Imole visited her elder sister on Dupeolu Street, Pipeline area of Idimu, last Friday, to demand that the four rooms be shared equally between them. But her sister was said to have declined, offering her one room, as she explained that their father had other wives whose children were also beneficiaries.

A heated argument according to eyewitnesses ensued between the siblings, at the end of which Imole was pacified.

However, at midnight, she was alleged to have returned to the building, tore the window net of the apartment occupied by her sister, husband and two children, poured diesel and struck a stick of matches.

The shout of help from the occupants alerted residents who managed to rescue and rushed them to the hospital.

A resident who simply gave his name as Femi, disclosed that Imole was mentally unstable. He alleged that she fled the scene, immediately she allegedly set the apartment on fire.

Police sources at Idimu division revealed that a box of matches and a Jerry can suspected to have been used by the fleeing suspect to store the combustive substance used to set the apartment on fire, were recovered at the scene.

Sources added that efforts were on to arrest Imole, adding that part of the investigation would be to carry out a medical test to ascertain her true mental state.