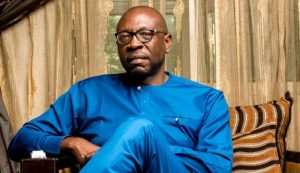 Osagie Ize-Iyamu, governorship candidate of the All Progressives Congress (APC) has reacted to him losing to Governor Godwin Obaseki of the People’s Democratic Party (PDP), at the gubernatorial election which was held in Edo state on September 19.

The APC Governorship candidate in his tweet alleged that there were many irregularities during the election and that his supporters were ‘prevented from voting.’

Ize-Iyamu revealed that he is studying the results along with other party members and will soon announce his next move.

I thank and appreciate my supporters, who had to endure many evils including being prevented from voting, for their support and determination during the election.