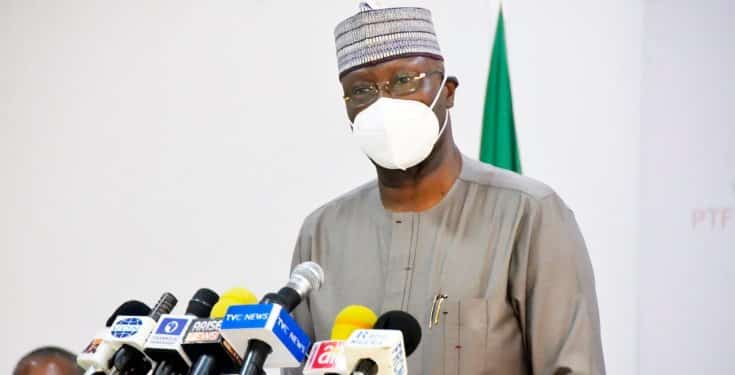 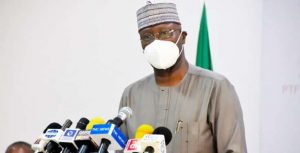 The Federal Government has pushed the battle to contain Coronavirus to states and communities, Chairman of the Presidential Task Force (PTF) on the pandemic, Mr. Boss Mustapha, said on Sunday.

According to him, the Federal Government will henceforth only provide supervision and coordination.

Mustapha, the secretary to the government of the federation (SGF), spoke on Sunday at the State House after members of the PTF briefed President Muhammadu Buhari and discussed their recommendations on the next phase of the battle.

With him at the briefing were Minister of Health Dr. Osagie Ehanire; National Coordinator of the PTF Dr. Sani Aliyu; Director-General of the Nigeria Centre for Disease Control (NCDC) Dr. Chikwe Ihekwaezu, and Minister of Interior Rauf Aregbesola.

Mustapha said: “The ownership of the next stage will be the responsibility of the states because we have gone into community transmission.

”Where are the communities? The communities are in the states. So, the ownership of the next stage will be the responsibility of the states, the local government, the traditional institutions, the religious leaders at the different levels of our communities, because that is where the problem is.

”So, the issues of places of worship, the issues of schools, the issues of some certain businesses that were not opened hitherto are part of the packages that we have looked at and we have made the appropriate recommendations, but you know that Mr President is the only one that can take decisions in respect of these.

”In the framework, the states are subnationals, they have their own responsibilities too, so it is in the exercise of those responsibilities that they had meetings with those religious bodies and agreed on the guidelines and protocols on how they can open up, but in the framework of the national response, we are taking that into consideration”, he said.

According to him, Nigeria had reached the critical stage of community transmission, adding that communities were under the supervision of the council areas, under which structure the communities fall.

He said there would also be the full involvement of traditional and religious institutions, adding that managing the health crisis at this point had melted down into the more complex community level.

The PTF chairman said the advice on the reopening of the economy and worship centres had been delivered to President Muhammadu Buhari who will take the decision likely to be communicated to Nigerians today.