Former adult film star, Savage Trap Queen has in a new video outed celebrities who are encouraging women to twerk on Instagram Live. 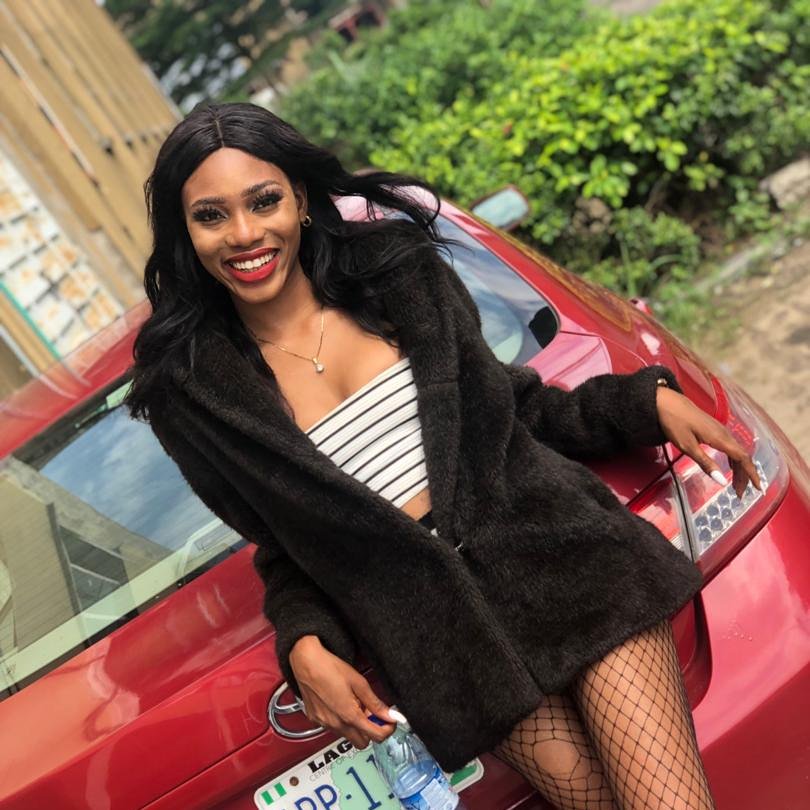 Savage also called out celebrity stylist, Swanky Jerry over his statement on the issue where he asked men to stop judging women who go naked on IG Live.

This will be the best song you’d listen to today: Kayode – Sideguy – Click Here

Savage made these statements during an Instagram Live interview with OAP Daddy Freeze. In the interview, she discourages women from going naked on IG Live, adding that she’s been there and it doesn’t pay.

“There is no dignity in going nude on IG,” Savage Trap Queen said.

To the men supporting the videos and saying it’s no big deal, she asked: “Can you marry a girl stripping on IG live?.”

“Our celebrities are supposed to be encouraging our youths, but instead, they’re luring them into the same things they stand against.”

She went on to state that all celebrities making women go naked and twerk on IG live for a “token” are “hypocrites”. She questioned why they can’t help the women financially without making them sell their dignity for it.

“Girls use your sense. it’s tactics. They are using you to grow their followers.”

“Nobody forced them, yes, but if you do not promote them, they won’t give in. Everybody knows everywhere is tight now. If you want to do giveaway, do giveaway, but don’t put people in a very tight corner. Stop using these girls.

“Girls, how many men do you see on IG showing their thing? 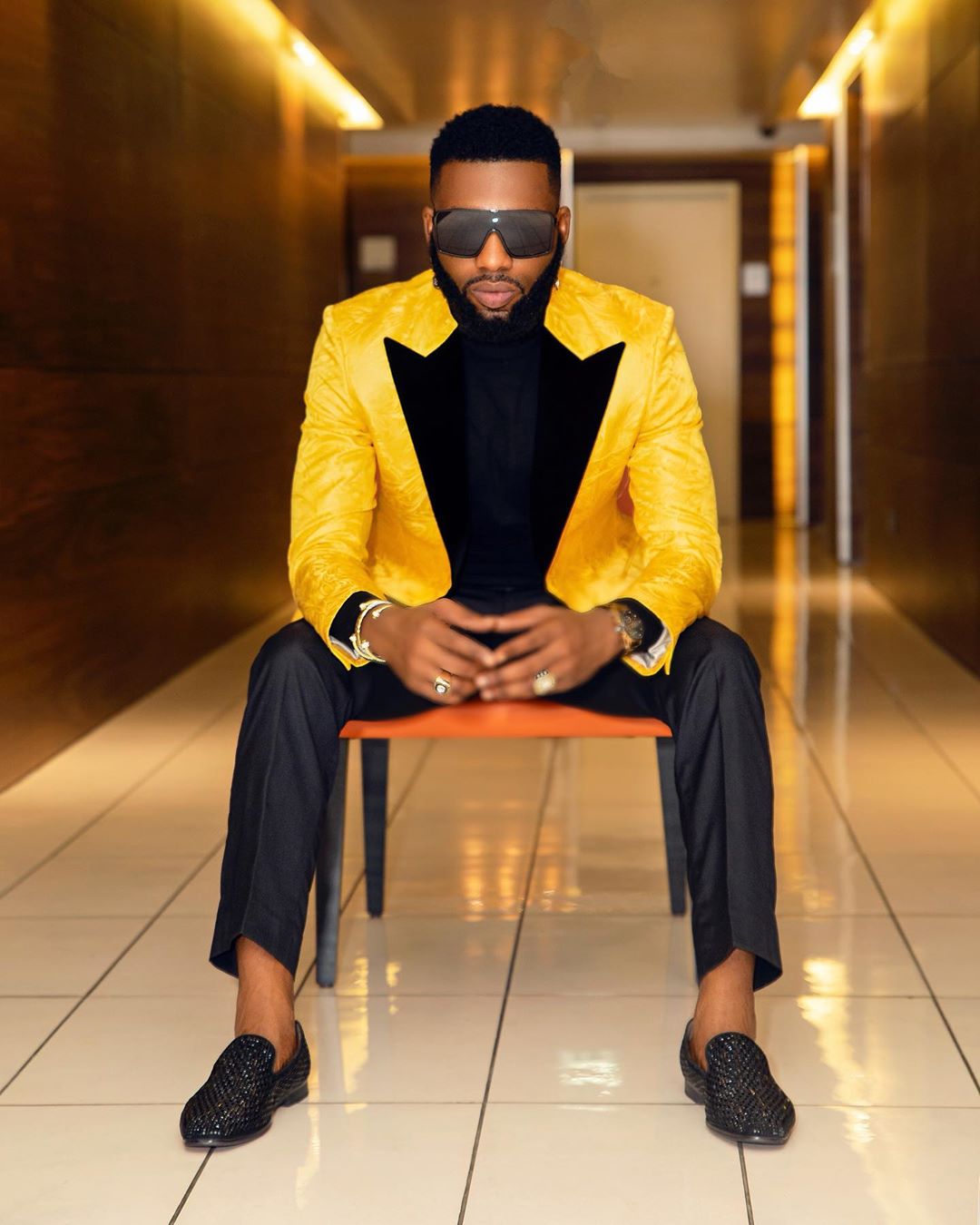 Talking about Swanky Jerry’s post where the stylist asked men to stop judging women going naked on IG Live, Savage opposed Swanky’s support for the twerking women and attacked him for it by claiming he’s bisexual. 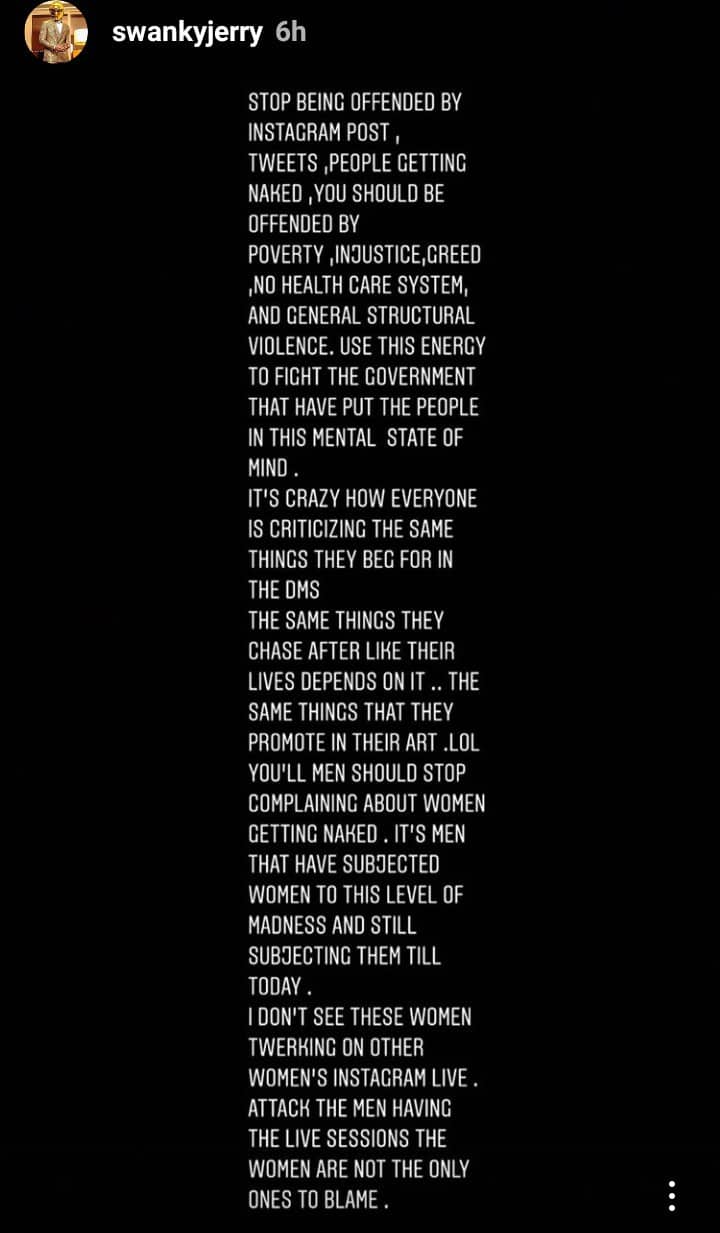 In her own words,

“Swanky Jerry, you’re bisexual. Can you come and start f***ing your boyfriend on IG?”

It was at this point Daddy Freeze cautioned his guest, telling her that she can’t make unfounded claims.

Watch the video below,