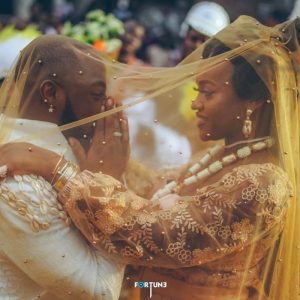 Davido, officially releases the video of his new single ‘1 Milli’ of his AGT (A Good Time) album and the visuals feature his fiancee and mother of his first son Chioma.

Chioma dressed as a Calabar bride in her traditional outfit while her superstar award-winning husband to be is all set as the groom ready to pay Chioma’s dowry with a million dollars.